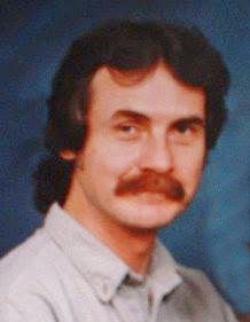 We regret to announce the unexpected death of Bryan Carl Robichaud on Tuesday, October 22,2013 at the Extendicare Laurier Manor, Ottawa ON.

He was born in St Stephen, NB on December 12, 1950 Bryan was survived by his parents Laurie (Rose) Robichaud of Fredericton NB and Eileen Harvey of Smith Falls, Ontario, his step mother Barbara Swan of BC, two brothers, Doug (Pam) Robichaud of Hampton and Daniel Harvey of ON, three sisters, Laurena (Dan) Morris of Courtney BC, Cindy (Rick) Sanderson of Victoria, BC, and Judy Lynn Hood of Victoria BC, as well as several nieces, nephews aunts and uncles.

By request, there will be no visitation. A family graveside service will be held on Friday November 1, 2013 at 11:00am at the St Stephen Rural Cemetery with Pastor Jody MacBeth officiating.

For those who wish, remembrances to a charity of one`s choice would be appreciated by the family.