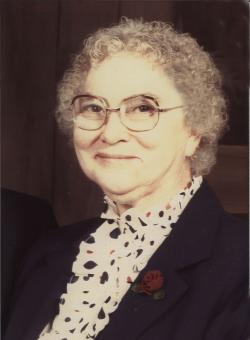 Wife of the late Alden Earl Leavitt and daughter of the late George and Leafie (McLaughlin) Thurston.

Interment at Moores Mills Rural Cemetery, Moores Mills, N.B. For those who wish, remembrances to a charity of one's choice would be appreciated by the family.