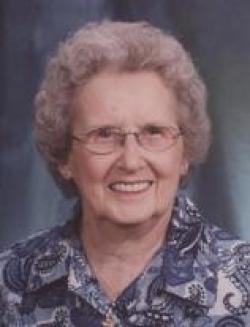 Widow of the late Loring Wesley Doughty and daughter of the late Walton and Mrytle (Cook) Mallock.

A graveside service will be held at the Head Harbour Cemetery, Wilsons Beach, NB, at a later date.