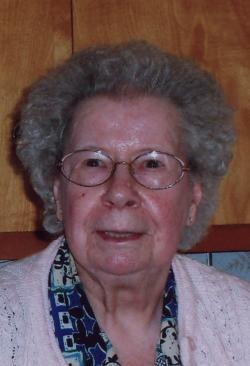 Wife of the late Charles Michael Forrand and daughter of the late Daniel Lyman and Nellie Jane (Moffatt) Dow.

Graveside service will be held at the St. Stephen Rural Cemetery on Monday, September 30, 2013 at 4 PM.