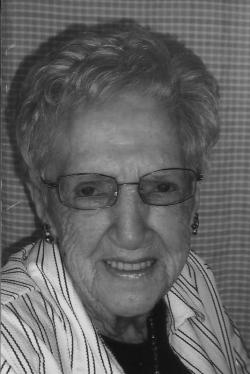 Survived by her sister Frances Moffatt, several nieces and nephews, and a special friend Alice Scott.

A graveside service will be at the St. Stephen Rural Cemetery, St. Stephen, N.B. on Monday, July 8, 2013 at 11 AM. The Royal Canadian Legion Branch #9 will conduct a tribute to a veteran service at the graveside.