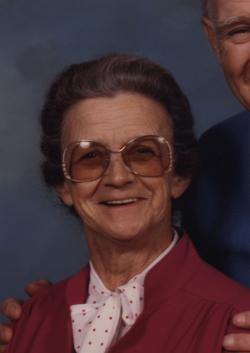 BOON - At the Wauklehegan Manor, McAdam, N.B, on June 16, 2013, Avis Maxine Boon of McAdam, N.B. Wife of the late Arnold Boon and daughter of the late Lawrence and Eva (Tracy) Day.

Survived by her 2 sons, Eric Boon (Marlene), and Raye Boon (Marilyn), both of McAdam, N.B.; 5 grandchildren and 15 great-grandchildren; several nieces and nephews.

Interment at Rockland Cemetery, McAdam, N.B. For those who wish, remembrances to a charity of one's choice would be appreciated by the family.