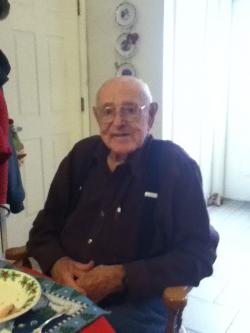 Memorial Service will be held at the People's United Methodist Church, Baileyville, Maine on Saturday, May 11, 2013 at 10:00 a.m. (Eastern time).

Family will receive relatives and friends after the service downstairs in the church for refreshments.

In lieu of flowers, remembrances to People's United Methodist Church, Baileyville, Meddybemps Church, Shriner's Hospital for Children or a charity of one's choice would be appreciated by the family.