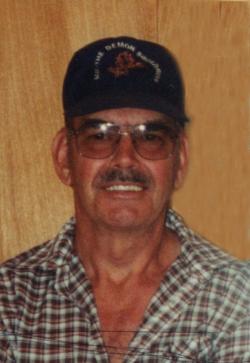 JOHNSTON - At Wauklehegan Manor, McAdam, NB, on May 6, 2013, Mervyn Patterson Johnston of McAdam, N.B. Husband of Arlene (Christie)Johnston and son of the late James and Janet (Patterson) Johnston.

Resting at The Rockland Drive United Baptist Church, 26 Rockland Drive, McAdam, NB from where the funeral service will be held on Thursday, May 9, 2013 at 2 PM.

For those who wish, remembrances to Alzheimer Society of New Brunswick, Rockland Drive United Baptist Church or a charity of one's choice would be appreciated by the family.