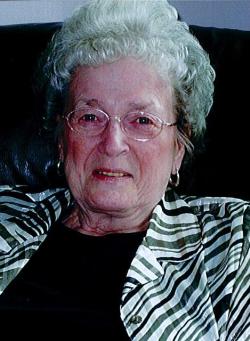 McBride - At Lincourt Manor, St. Stephen, N.B, on May 6, 2013, Mary Lou McBride of St. Stephen, NB. Widow of William McBride and daughter of the late Lewis and Dorothy (White) Fox.

Interment at St. Stephen Rural Cemetery, St. Stephen, NB. For those who wish, remembrances to the Heart and Stroke Foundation of New Brunswick or a charity of one's choice would be appreciated by the family.