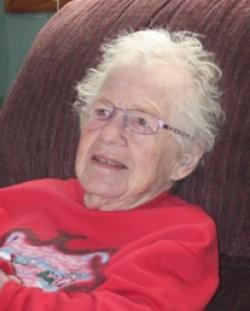 GILLIES , Edith Charlotte (Sears) of McAdam, N.B. passed away peacefully on February 3, 2013 after a brief illness at the Dr. Everett Chalmers Hospital in Fredericton, N.B.

Edith was born in Toronto, Ontario on July 12, 1923. She was the widow of James Harry Gillies and the daughter of the late Elgin and Charlotte (Hatton) Sears.

For those who wish, remembrances to St. George's Anglican Church or a charity of one's choice would be appreciated by the family.