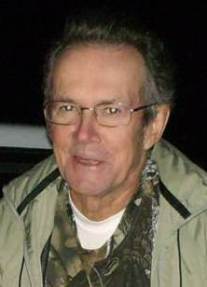 It is with heavy hearts that the family announces the passing of James Theodore Shaw of Rolling Dam, N.B. He passed away peacefully at the Charlotte County Hospital, St. Stephen, N.B. on January 2, 2013. Jim's final days were spent surrounded by family and friends.

He was predeceased by his fathers, Bernard Shaw and Mervin Trundle; brothers, Harold Shaw, Randy and Willy Trundle.

Jim was employed with Fundy Contracting. He enjoyed hunting, gardening, playing cards (crib), curling, fishing and horseshoes. He was an avid sports fan of the Toronto Blue Jays. He enjoyed the annual fundraising event for Curl for Cancer. In his younger years he was an active member of the Orange Lodge.

The family will receive relatives and friends at The S.O. Mehan & Son Funeral Home, 23 Main Street, St. Stephen, N.B. on Saturday, January 5, 2012 at 1 PM. Followed by a celebration of his life at 2 PM.

Interment will be held at a later date.

In lieu of flowers, remembrances to Charlotte County Cancer or a charity of one's choice would be appreciated by the family. Condolences may be sent to the family online at www.mehanfuneralhome.ca