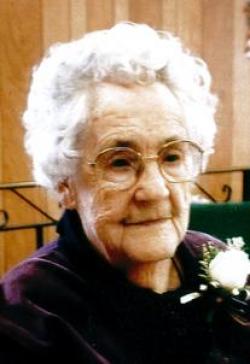 Predeceased by her parents, husband and grandson, John Dickey.

She is the last surviving member of her family.