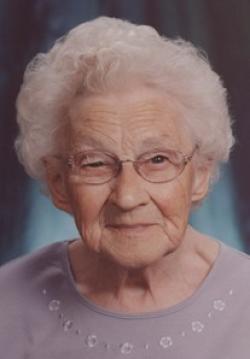 At Passamaquoddy Lodge, Saint Andrews, N.B. on October 24, 2012, Edna Mae Jackson, widow of Harvard Jackson, formerly of Mayfield, N.B., passed away peacefully at the age of 104, surrounded by her loving family.