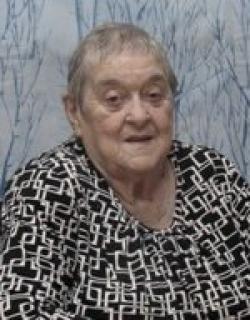 At her residence, McAdam, N.B. on October 15 , 2012, Ruth Elizabeth Walsh of McAdam, N.B. Wife of Stanley Walsh and daughter of the late Walter and Annie (Crompton) Parks.

For those who wish, remembrances to Arthritis Society or a charity of one's choice would be appreciated by the family. Condolences may be sent to the family online at www.mehanfuneralhome.ca