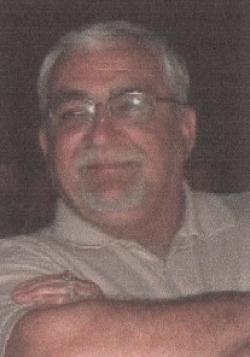 Kenneth F. McCarty, 59 of North Berwick, Maine died Monday, July 30, 2012 at his home after a year long fight against a rare cancer.

He was born in St. Stephen, New Brunswick, Canada on April 26, 1953 to Milford and Helen McCarty.

He was a long-haul driver for R.E.M. Transportation for over 15 years. After his truck driving career he moved to Maine and began to work for the Maine Turnpike Authority doing highway maintenance. He retired from the MTA in December 2011 shortly after being diagnosed with cancer. He was a lover of camping, NASCAR, baseball, and football. He enjoyed spending time with his family and friends in a calming environment, relaxing with his dogs, and embracing what he was surrounded by. He had a serious side, but knew how to joke around and have fun.

Kenneth is survived by his mother and step-father, Helen and Ernie Richards; his wife, Terry; his son Kenny, his wife Jessica and their two children Ethan and Riley; his son Kevin, his wife Judy and their son Cash; Nicholas and his two children Cheyenne and Gavin; his daughter Ashley and her son Colin; his sister Cathy, her husband Jeff and her children Evan, Brent and Lauren.

He is predeceased by his father Milford (Mac) McCarty.